There are thousands of reported UFO sightings every year. Some sightings are reported by highly credible witnesses such as airline pilots or military personnel, and others by everyday people.

Among those thousands of sightings are many that can be easily explained as known phenomena, but there are a handful that simply defy explanation. This small percentage of sightings are the important ones to UFO researchers and those looking for proof of alien visitation.

In this list, we’re going to look at 10 of the most important UFO sightings in the last 100 years.

During World War II, fighter pilots on both sides reported being followed & harassed by glowing balls of light in the air. Initially, each side assumed they were under attack by the enemy via some unknown new weapon and it wasn’t until towards the end of the war that both sides realized it was something else.

The pilots coined the term “Foo Fighters” to describe them. The Foo Fighters of WWII make the list of the most important UFO sightings because of the sheer number of pilots who independently witnessed them. These pilots were trained to under highly stressful situations to be able to accurately and quickly identify things in the air – their lives depended on it. When they say it was something not man-made, we tend to believe them.

The v-shaped arrangement of lights that flew over the small town night after night were witnessed by dozens of people. From college professors to military personnel, they all described the same objects in the sky.

The sightings were even part of an official Project Blue Book investigation. The most popular explanation of birds flying in a v-shaped formation at night was (and still is) considered highly dubious.

This one makes the list due to the number of witnesses and because it was one of the few sightings out there which were formally investigated by the US Air Force.

If you’re wondering why I’d include a probable hoax in this list, just bear with me.

Aside from the fact that many people still think it wasn’t a hoax, even though my position is that it was, The Guardian UFO was one of the first sightings that landed on mainstream television when a piece was aired on Unsolved Mysteries.

The Guardian UFO case was most likely an elaborate hoax, but after being featured on Unsolved Mysteries, the public interest in UFOs skyrocketed.

This one single 15-minute spot on prime time television was the seed for many of today’s most dedicated researchers to begin their own journey’s into UFO investigation.

In 1979, a Minnesota Deputy Sheriff by the name of Val Johnson had an encounter with an UFO. The object flew into his car causing physical damage, a rare event in UFO sightings.

While a conclusion was never reached as to what exactly happened, something real did hit Val Johnson’s patrol car that night.

The encounter happened in an area that was a known UFO hotspot and sightings of an unidentified flying object were reported that night by independent witnesses.

As a classic sighting that includes physical evidence, lots of documentation, and a highly credible witness, the Val Johnson incident is one of the most important UFO sightings of the modern age.

Another sighting with a highly credible witness, the Socorro Incident occurred in 1964 in Socorro, NM. The witness, a police sergeant by the name of Lonnie Zamora, claims to have seen a unidentified craft land and then take back off into the sky.

The sighting includes independent witnesses, who also saw the craft.

The Socorro Incident has been featured on many mainstream UFO documentaries including NASA’s Unexplained Files.

This UFO sighting makes the list because it includes a highly credible witness, physical evidence, and independent witnesses.

As one of the most well-documented Canadian cases in UFO history, the Falcon Lake Incident should be on every UFO investigator’s list. It’s another one of those very important sightings that made it’s way onto mainstream television and inspired an entire generation of UFO research enthusiasts.

The story of the Falcon Lake UFO incident begins in May of 1967 when outdoor enthusiast Stefan Michalak not only witnesses a UFO, but has an extended encounter that ultimately leaves him injured and fighting a mysterious illness for the remainder of his life.

There’s so much to this particular UFO sighting that I encourage anyone interested in the topic of UFOs to do their own deep-dive into it. There’s a tremendous amount of information to find and even the detailed write-up featured on this site barely scratches the surface.

Like most sightings with just a single witness, there’s plenty of folks who say the sighting was a total hoax, but in the end something really did happen to Stefan Michalak and he lived with the scars to prove it.

You can watch the episode of Unsolved Mysteries below:

Normally, when I start researching a UFO case, I already kinda have my mind made up as to whether it was a legitimate sighting, misidentification, or plain hoax. When I began researching the Levelland UFO case of 1957, I absolutely was convinced that the evidence would lead me to military tests or some other type of top-secret aircraft. But that didn’t happen.

In fact, what I found was a completely unexplainable event with multiple independent witnesses all describing something that simply could not have been man-made.

The Levelland UFO case includes a detailed timeline of 911 calls to the local police department by various witnesses who essentially saw an egg-shaped craft rise from the road into the sky. The object affected nearby running vehicles and electronics.

Aside from local law enforcement, the incident was investigated by Project Blue Book and even discussed by the famous Dr. J. Allen Hynek. The official explanation was ball lightning, however Hynek would later write that he had hastily approved the explanation in error and that ball lightning wasn’t an appropriate explanation.

When multiple people see and document an unidentified flying object, researchers take note. Lots of witnesses indicate that something was truly observed. And that’s just what happened in 2008 in the small Texas town of Stephenville.

Witnesses described a massive object over a mile wide hovering in the sky over the town. The event was featured on national media outlets CNN and BBC and investigated by MUFON.

The Stephenville Mass UFO sighting was a highly important event due to the number of witnesses and number of high-profile news agencies who were unable to come up with a real explanation.

The Christmas season of 1980 was unlike any other in Rendlesham Forest, Suffolk, England. Likely one of the most famous UFO events to ever take place in the country, multiple sightings of unexplained lights in the forest along with significant military activity made this one a prime story that has been featured on countless television documentaries and books.

Along with many civilian witnesses, the Rendlesham Forest Incident was also observed by military personnel and local police.

The Phoenix Lights is arguably one of the most famous UFO events in modern history with thousands, of witnesses. It lands on this list due to the sheer size of the event, covering a large geographical area over Arizona.

The event occurred on March 13, 1997, over a 3-hour period from around 7:30 PM to 10:30 PM when witnesses observed lights moving in the sky in a rough v-shape. In subsequent years, the lights actually returned on multiple occasions.

Like the Rendlesham Forest incident, the Phoenix Lights have been revisited over the years by countless documentaries and researchers making it’s way into mainstream UFO pop culture. Even during the event, it was reported on local news.

While there are thousands of other sightings out there, if you’re interested in UFOs and UFO research, these 10 incidents will provide you with a wealth of information to begin your own delve into the unexplained objects that fly through our skies.

If you have an idea you’d like to see covered or added to the list, drop it in the comments. 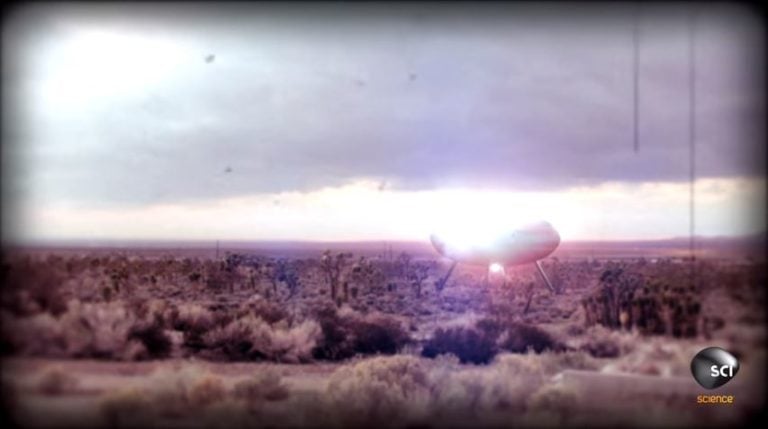 Sightings that leave behind physical evidence and independent corroborating witnesses like this one set the...

Pilots flying over Arizona reported a UFO in February of 2018 - sightings by pilots... 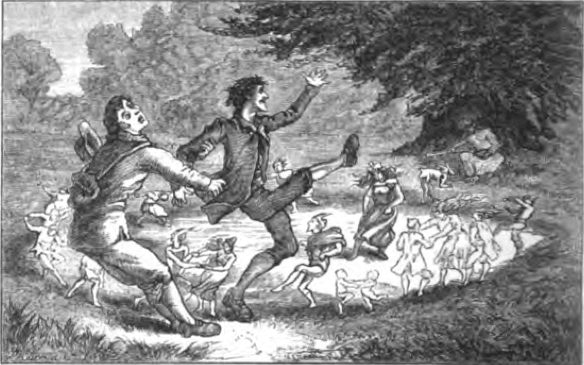 The UFO community has a serious problem - nobody takes us seriously. And for the...
Scroll to Top