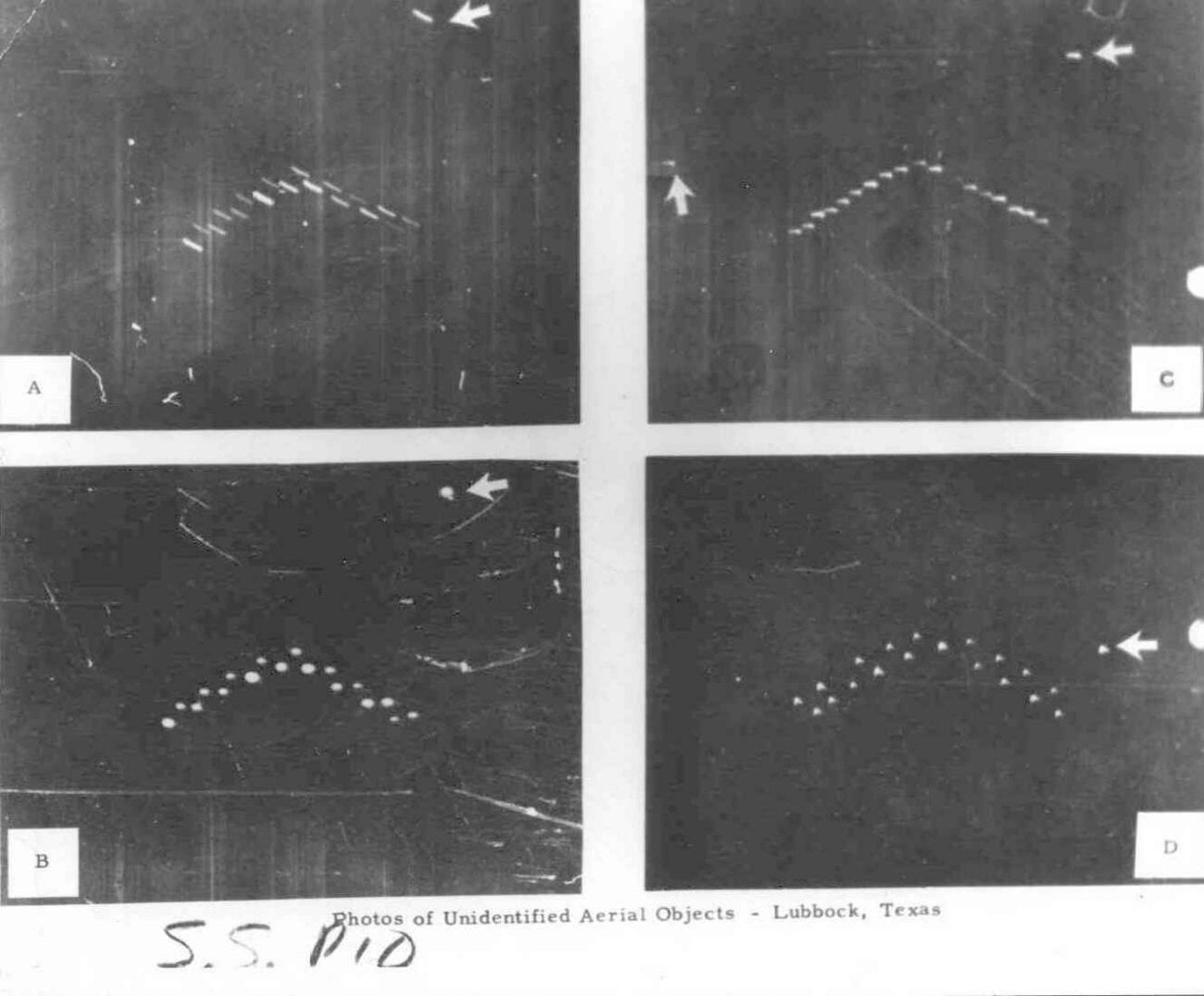 In 1951, on August 25, three Texas Tech professors observed a V-shaped UFO in the sky. The incident has become known as the Lubbock Lights.

Dr. W. I. Robinson was a professor of geology at Texas Tech. He and two of his colleagues, Dr. A. G. Oberg and Professor W. L. Ducker, were hanging out at Dr. Robinson’s home. At around 9:10 PM, the men were in the back yard and saw an array of lights move silently across the sky.

Over the next 5 days, the lights were observed night after night by many people in Lubbock. On the night of August 30, 1951, 18-year old Carl Hart Jr. took photographs of the Lubbock lights using a 35-mm camera. His photos reveal a highly symmetrical arrangement of lights in the sky in a V-shape consistent with eyewitness accounts.

The Lubbock Lights were interesting enough that they even appeared in a Project Blue Book investigation. The question about what they were remains a mystery but there are some possible explanations for this UFO sighting.

The primary explanation most offered up is that the Lubbock Lights were birds flying at night with their underbellies illuminated by city lights. There are a couple of problems with this theory though.

The lights moved at a speed much greater than flying birds. This is the primary reason why birds don’t explain the sightings.

In addition to the speed, there are few local birds in the area that could have reflected light in such a way. Ducks typically don’t fly in a V-shape, and when they do it’s never symmetrical like the photos; one side of the V is always much longer than the other. Another water bird, the plover, was also offered up as a possibility but game wardens state the plover never flies in groups or more than 3.

Reese Air Force Base is about 4 miles west of Lubbock. The base includes a small airport called Reese Air Park. The Air Force claimed there were no planes over the area at the time.

Is it possible the Air Force was mistaken and a plane really was over the area? Perhaps they were doing flight testing were unable to answer truthfully. In 1951, the US and Soviet Union were on the front end of the the Cold War. Aircraft development was at all-time high, and highly classified.

The Lubbock Lights: The Verdict

The Lubbock Lights UFO is a true mystery. While there are official explanations, none of them satisfactorily answer the question as to what was seen during those nights in 1951.

The most likely explanation is some type of military testing, but if that were the case then why would the Air Force have investigated it under Project Blue Book? Perhaps another way to cover up their activities?

The sighting falls short of proving the existence of aliens, but it does illustrate how our skies are filled with explainable objects. The UFO sighting over Lubbock will probably remain a mystery forever. 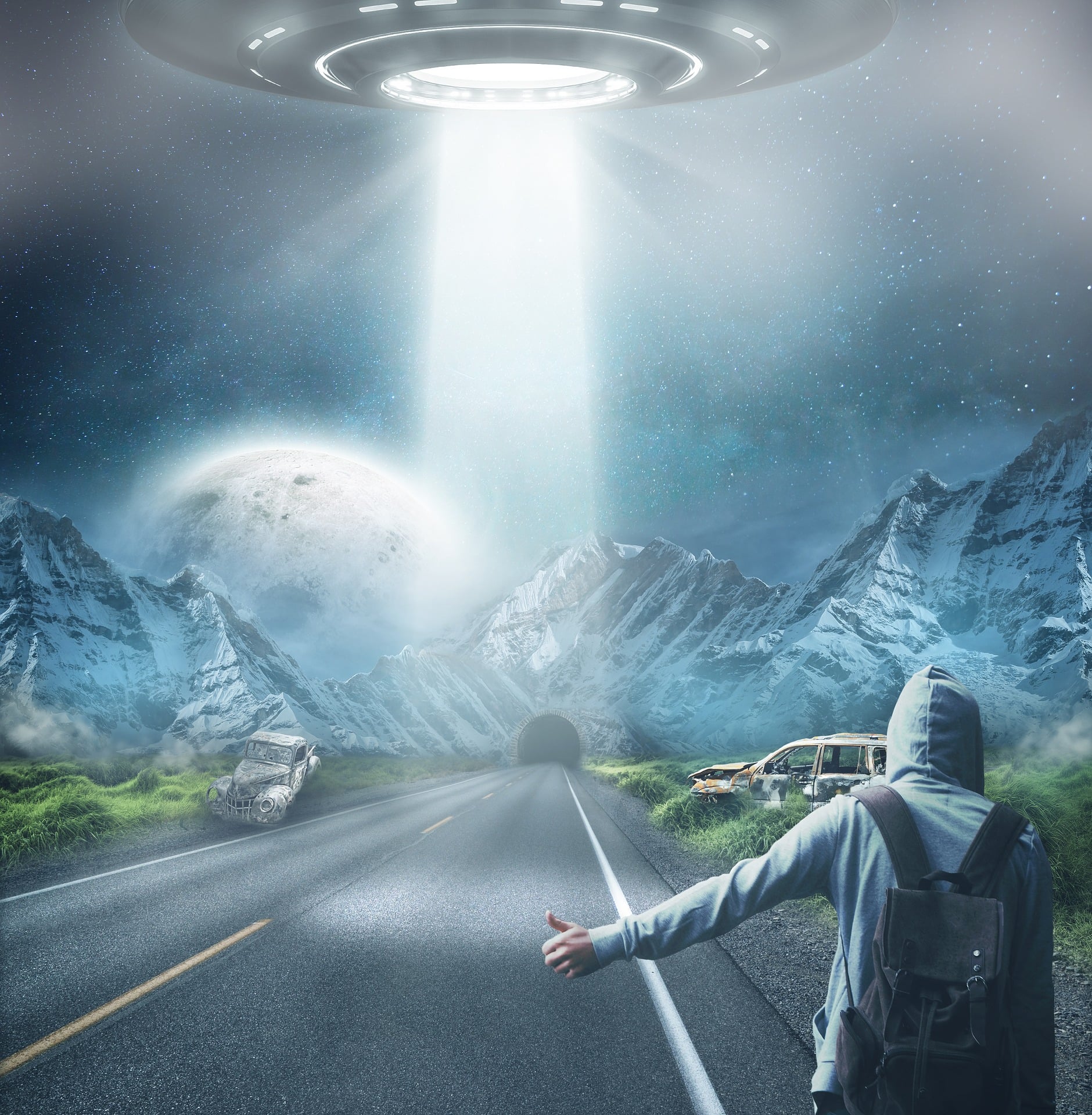 7 thoughts on “The Lubbock Lights: Birds, Planes, or Aliens?”