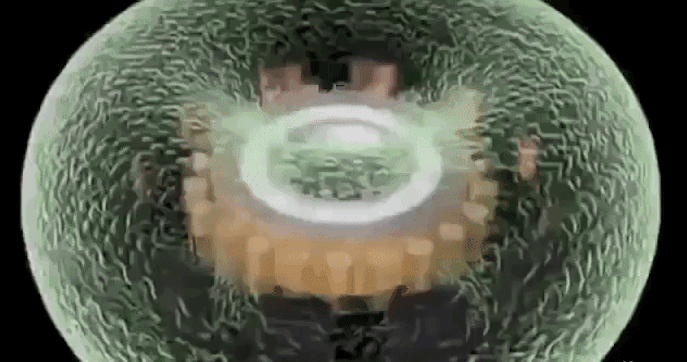 How many UFOs were visible?

How far away were the UFOs?

The following sighting report was submitted to us by one of our Facebook fans, William Dickson. His sighting takes place in Glascow Scotland. His description is below.

Hi. I’m very open about my first encounter no that I’m older.

I and my ex-girlfriend were sitting in bed. She had already just fallen asleep. I sat up to look out the window and a few seconds later there it was.

At the corner of my eye, this light I could feel was there. I turned slowly to look and sure enough before my very eyes a beautiful very large type orb UFO. It was all different neon colours swirling and mixing together like fluid. I immediately started to awaken my girlfriend. She sat up to look, as she did it went neon red. We both froze in fear. Her asking me, “what’s that” as if I knew. I whispered to her, don’t move.”

It then went a neon pink as it went out of sight. I also saw the gas like trails coming from the rear of it. I say rear as it was coming from the opposite end to the direction it was traveling,

As it couldn’t be seen anymore I hurried to another window to see if it could be seen again with my girlfriend asking me not to leave her. So I continued to speak to her for reassurance.

I stood at the other window for 20-30 seconds with nothing to be seen. I hurried back to the bedroom with the realisation of what just happened.

My girlfriend asked, “what was that” and I could only reply that it was a UFO. I thought of reporting it to the police just as my girlfriend asked what should we do, but my response was nothing. We were doing absolutely nothing. We carried on as normal, telling close family and friends.

A couple of weeks went by and a reporter was on top of a local high rise that claimed to see it. He reported on it in a local paper saying it to be bright green.

Soon my girlfriend fell pregnant and went in to have a boy. We fell out for years and happened to get together when our boy was 6. I asked her if she remembered and her reply was I must have set it up or something. I could only laugh. I’ve not seen her since or my son.

As I’ve been gaining knowledge regarding it over the years, I came across footage on YoutTube third phase of the moon. This footage doesn’t show UFOs but technology for free energy. However, a short description of how it works shows an orb around the technology to show the energy I presume. It’s the closest visual description I’ve come across to best describe that encounter.

I can still spot them in the sky every now and then.