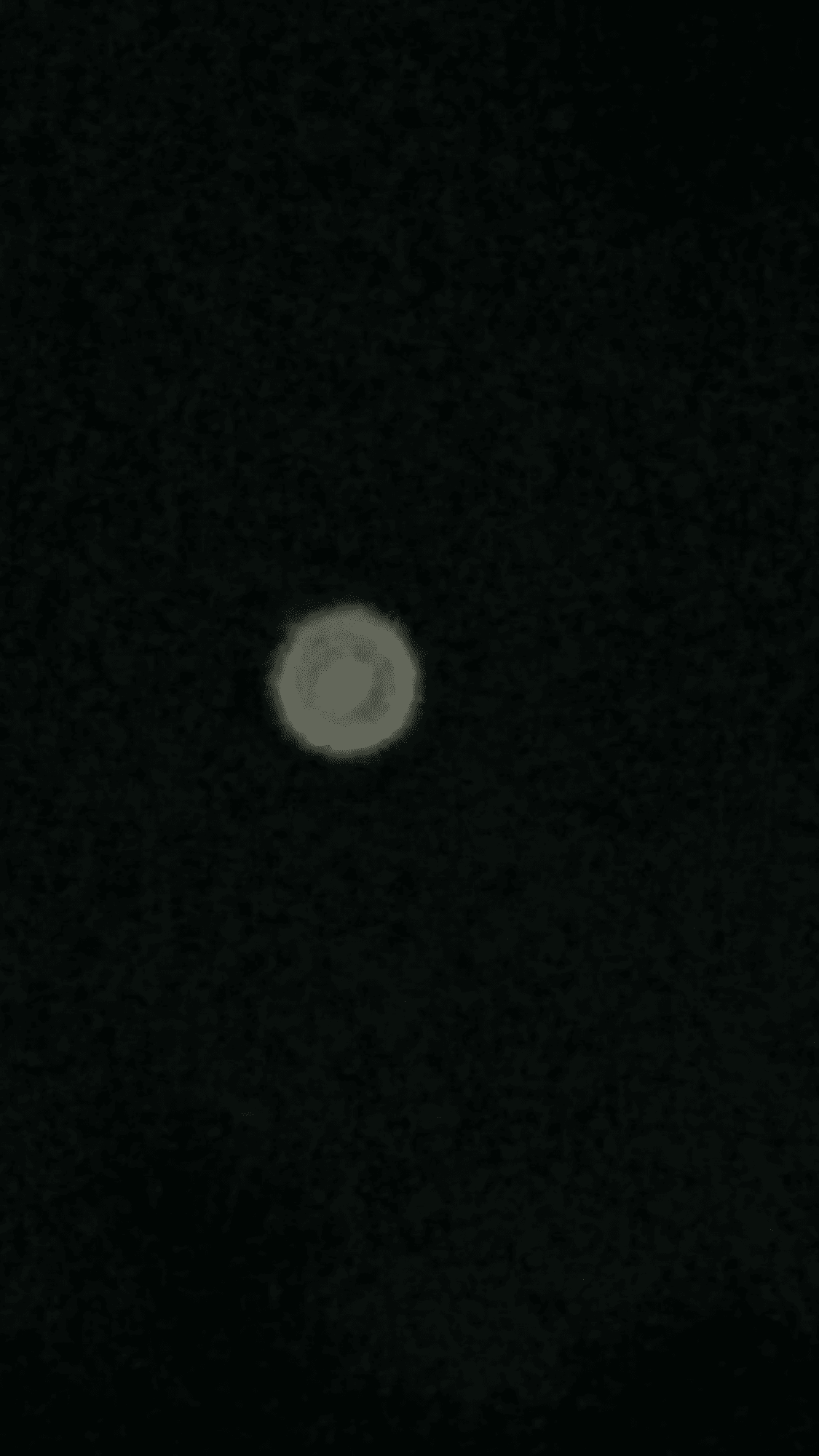 A UFO Sighting right out of Atlanta from 2020.

How many UFOs were visible? 15

Having seen the phenomenon many nights in a row a friend and I decided to mount a spotting scope, camera (iPhone11) and high powered laser pointer (1watt blue) to tripods in an effort to document the ongoing phenomenon i have documented in the last 2-3 months in the Atlanta area and North Shore Hawaii where I live. Everyone said they were STARS or DRONES. However I couldn’t understand how a drone stays aloft all night and stars don’t move. So I set out to determine what it looked like. In my observations I noticed also that training a lens or camera at them they are difficult to get focused on but could be seen from the corner of the eye regardless.

So on this particular night we observed an object rather close and decided to set up. So we went to a near by field where we could view it. As we got out of the vehicle we could see the object. Bright in the sky but mall like a star or planet..but moving. (Pic included) as we set up or gear we filmed and took pics. The closest object appeared  to be 300 to 500 yards away (our subject) all pics are the same object here. . We noted As many as 15 to 20 objects were visible in the area and generally moving in a southwest direction at a very high altitude. Objects were observed to be stationary at times and then moving rapidly at others and silently hovering. Although I would say there was a very faint hum  I began recording and striking the object with the laser in an attempt to block clear view of us with the light. The laser and phone where connected to the same mic stand actually and was generally stationary. the objects were recorded as they responded to a blue laser pointer. It seemed to duck and doge as I tried to keep the pointer trained on the object but it seemed to stay trained on us. I stayed with it. the total time of the encounter was about two hours. Again it would be noted pointing  lenses directly on the objects made focusing difficult and the iPhone was observed trying to auto focus many times and that is when the object expand or blur.you could see it with the naked eye. Although generally it looked like a bright star on the horizon. After sometime we noticed a similar object had come in behind us. It did not have the same bright lights the original subject had. It had come in behind us as though to observe. It felt like a pack hunting tactic. That said we maintained recording on the original object and attempted to keep the laser trained on it after some time the object retreated behind the nearest tree line. At that point we concluded the observation. It was not until we reviewed the footage that we found what the objects look like or that we had good footage. We were able to zoom in and get somewhat clear shots of the interaction (included).  I am left wondering What technology can stop a laser in mid air and then make it mushroom as though hitting something. All pictures and videos included with this report are of the same object generally. No modifications have been done other than to zoom in for a better perspective.

The following videos have been provided as well: